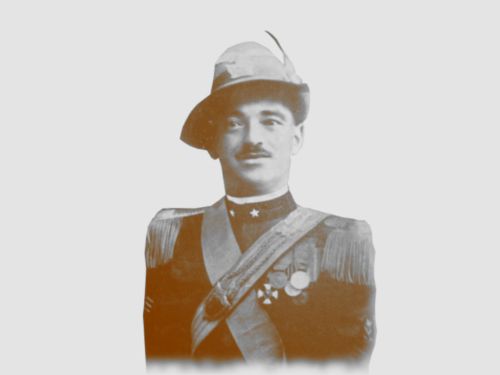 The second floor is dedicated to the Battle of Vittorio Veneto, held from 24 October to 4 November 1918, and its ensuing myth.

The three rooms lead visitors into the atmosphere, which witnessed the creation of the Museum in 1938 during the Fascist era. Among the founding elements of the ideology was the Great War, or the desire for revenge that its conclusion had left behind. With this in mind, it is worth noting that the historical account of the battle, as told in the first room, differs from the one adopted by Fascism, which rather promoted an alternative, more appealing version and turned the battle into a kind of myth.

In the two remaining rooms, the stories of heroes and fallen soldiers are told in a traditional exhibitory style through a great number of items; posters, photographs and proclamations, such as the 4 November 1918 war bulletin, are evidence of the legend-inspired version promoted by Fascism.

Visitors do not follow a pre-defined path and are encouraged to freely explore this section amid photos, documents and objects. A small museum, hidden in the greater museum.