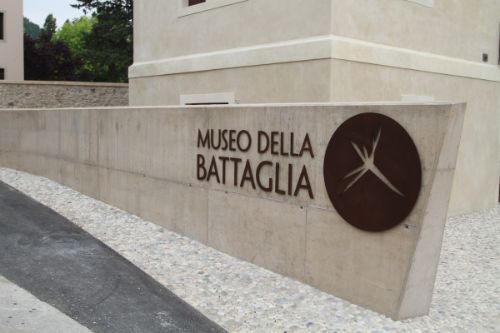 A Museum for narrating History starting from a large collection of stories, micro-stories, tales, small snippets, anecdotes, scraps of memories, reconstructing a choral narration together on the First World War, to voice not only the great deeds of the heroes but rather the small daily gestures of plain insanity, the absurd normality of war.

A Museum where the real challenge, rather than explaining, lies in narrating through re-enactment: relics and documents were chosen so as to focus attention on individual significant details, thus avoiding a jumble that would cause confused emotions and understanding for the visitor.

The layout was designed to highlight and fully emphasise the theme in question, and at the same time preserve the most important historicised features of the original museum. The combination of shapes, lights, sounds, colours, materials, still and moving images has made use of all of the languages and tools offered by multimedia ensuring that they are able to coexist and integrate themselves at a cognitive and emotional level into one big narrative level.

In doing so, it was possible to create a Museum not only intended as a place of conservation, documentation and dissemination of a historical, cultural and identity heritage of tremendous importance, but also and especially as: